In Douglas Adams' Hitchhiker's Guide to the Galaxy, Adams described the inimitable Zaphod Beeblebrox as....

"He attacked everything in life with a mixture of extraordinary genius and naive incompetence, and it was often difficult to tell which was which."

Although I don't resemble Zaphod a lot physically (I have only one head), I think Adams really captured my spirit in that one sentence.

I'm Jim Barber, and I'm a serial entrepreneur. Over the years, I've been a technical trainer, keynoter, voice talent, master of ceremonies, podcaster, TEDx Talker, body double (I provided the body for George Washington on the cover of Dr. Rebecca Staton-Reinstein's 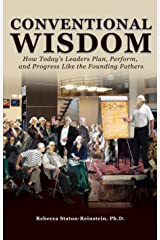 I've also lent my voice to a variety of audio projects ranging from product announcer ("But wait! There's more!") to medical voice-overs ("Now review the placement of the nasogastric, naosesophageal, esophagostomy and jejunostomy tubes" – that one took quite a few tries to get it right). I've also done voice work for a number of professional speakers, including Dr. Rebecca Staton-Reinstein, Ellen Bristol, Ruben Perczek, and Randy Gage.

Throughout the years, I've been committed to the speaking industry. I've....

But it's not just speaking. I've been excited about the awesome potential of technology since before the World Wide Web was even designed!